Hello, and thank you for looking at my website. So who am I…  I had a pretty uneventful upbringing, but my mum and dad raised my brother, sister and myself to appreciate the things we had. Dad worked hard, and mum had a part time job too, but I think things were still a struggle financially. We were brought up respecting the little we had, and when we had a treat we were really grateful for it.

I have always been a worker.  On leaving school in the summer I found myself working in a casual gent’s clothes shop for a couple of weeks filling in holiday cover.  I enjoyed dealing with the public and talking to them.  We lived in Port Glasgow, heart of the shipyards at the time.  I secured an apprenticeship in the yards as a coppersmith, and found myself there till the demise of the yards, yes I was made redundant.  I never worked as a coppersmith ever again.  I retrained my career and I have been self employed running multiple companies since 2000.

I met my wife in Rutherglen.  I was visiting a friend and we popped in to a pub on the main street for a pint.  She was playing what I considered rubbish on the jukebox and I protested.  It was the start of a long relationship, and we will be 36 years married this year.  We have two kids, one of each, and grand children that keep us fit and keep us on our toes.  I was brought up in the catholic religion, my wife protestant, but we are not religious people, and didn’t attend church, but we respect others around us and that’s where the TLC belief suits us.  Working in the wedding industry I was introduced to the TLC faith, and really it ticked all the boxes that the old churches didn’t move with.  We live life respecting ourselves and those around us and the TLC way of life is exactly just that.  If everyone in life practised this the world would be a much better place.

Music has always played a large part of my life.  I was always the one in charge of the music at a home party, or if I went to a friends party I would take over control of the music and always had my records with me.  In 2006 I formed a disco company specialising in weddings.  I paid thousands each year in personal training, not mixing music, I knew that..  It was more public speaking courses, master of ceremony etiquette, marketing for weddings and studying weddings throughout the world.  I found myself offering couples music for their ceremonies and Master of Ceremonies for the day.  I saw lots of celebrants working, some were great, and some were not so great.  As celebrants and hotels got to see the services I offered I gained the reputation as a professional and gained recommendations.

As a TLC believer, I was aware that they were looking to recruit more celebrants to their list, and when they approached me asking if I would be interested in joining their celebrant team I accepted it with both hands.  I was really excited at being offered this new opportunity to spread word of the TLC faith, and marry other TLC followers.  They spent time training me and added me to their list of trained marriage officers.

Now, as well as fixing company computers, I work with couples planning a personal and emotional ceremony just for them.  Some want formal, some want funny, rest assured it will be the way the bride and groom envisioned it, and it will be perfect for them. 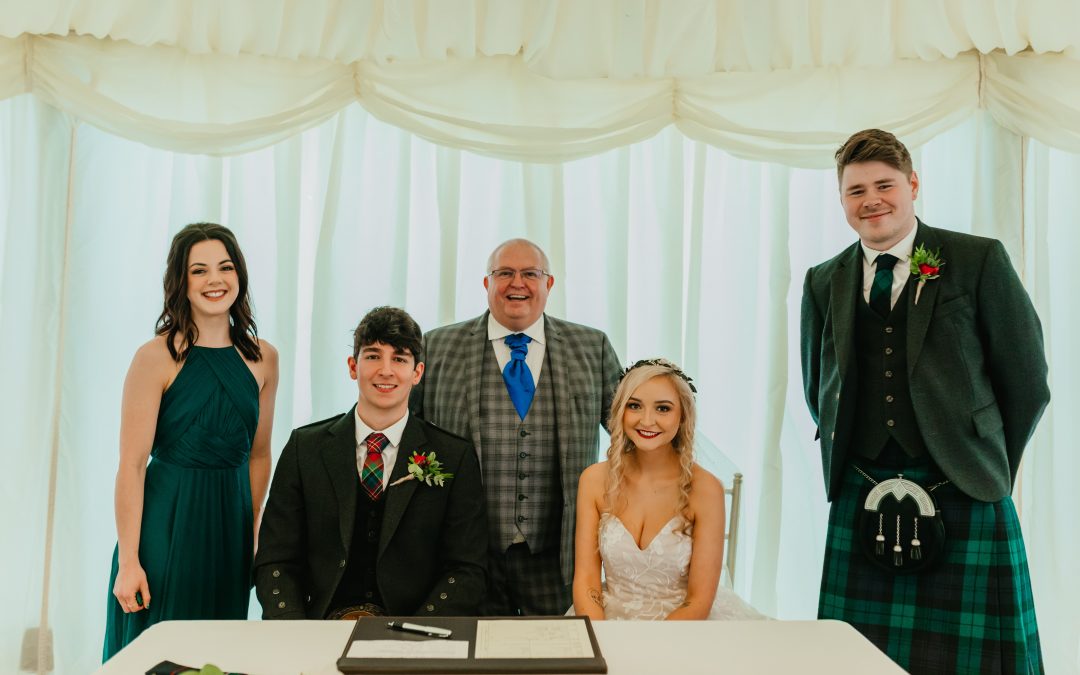 Gemma and Jamie's wedding at Cornhill Castle Gemma & Jamie decided they could not wait any longer and made the decision to get married under "Tier 4" restrictions.  When I left home it was a wintery day, bit of rain and cold, but as I got closer to the venue I was...

END_OF_DOCUMENT_TOKEN_TO_BE_REPLACED 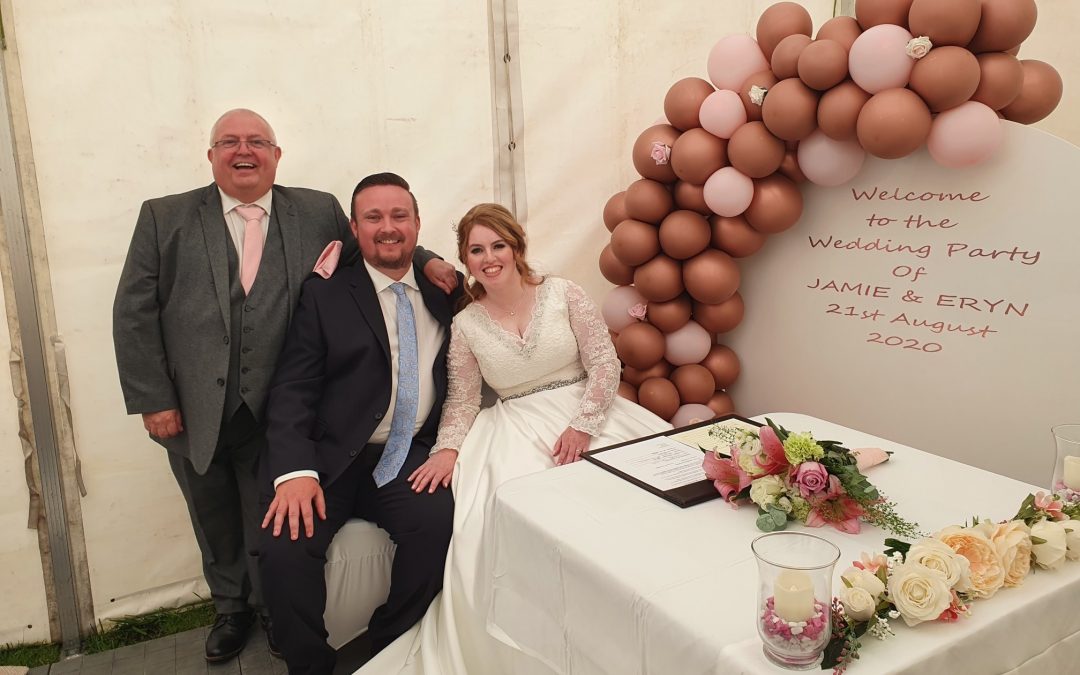 A Home Wedding in Airdrie

A Home Wedding Lovely personal garden wedding ceremony for Eryn and Jamie... The newly married Mr & Mrs Walker.  14 of their nearest and dearest were there to share the special moment, and the rain stopped during the ceremony too, so someone was looking down on...

END_OF_DOCUMENT_TOKEN_TO_BE_REPLACED

Want to have a chat about your wedding plans?  I offer a no obligation meeting with couples to get to know one another, find out what couples have in mind, and to see if I can assist them moving forward.  This can be arranged at your home, my home, your venue or at a coffee shop or cafe somewhere.  If you live too far away for this, I offer phone calls and video conference calls too.